EAT OUT, DON’T SKIMP OUT! 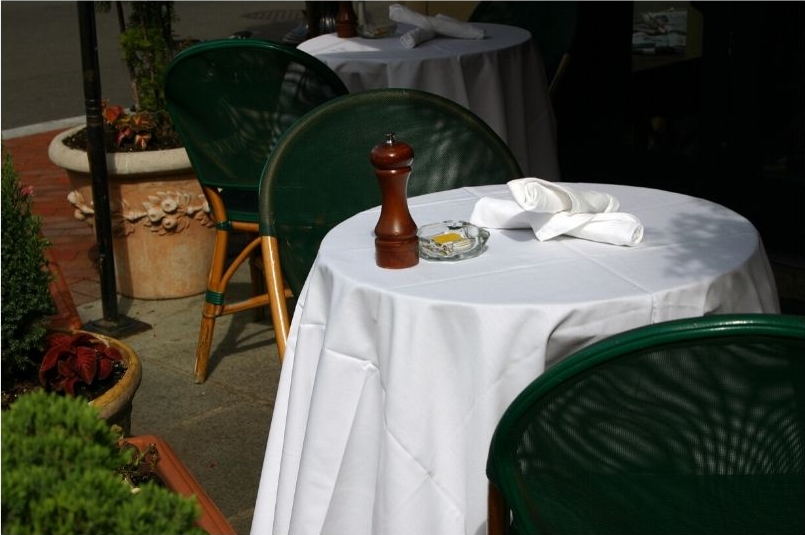 It’s a very common question in my office from my patients: what should I do when I’m going out to eat? We work SO hard during the week to stay consistent and eat clean, but when the weekends roll around, we forget how hard we’ve worked. We want to let loose and just enjoy ourselves without feeling like all the work we did during the week is just cancelled out. The food and drinks we indulge in don’t always have to make you feel worse before another week hits us. So here are my top tips for what to do, plan, and expect for when eating out…

Read the menu to make a plan ahead of time. When you have a plan, there’s no decision to be made when you’re actually in the restaurant. When you go out to eat, you want to enjoy the company around you, not worry about what you’re going to order and how many calories it’s going to be! Just remember that chain restaurants are legally required to provide calories, where mom and pop type places do not have to. We’ll talk more about strategies with calorie-less restaurants…

Make sure you’re drinking water before and throughout the meal. It’s no secret that when you drink enough water, it helps lower appetite. Making sure you’re hydrated before you start eating helps keep those hunger pangs away and ultimately helps you make a more mindful decision when you’re looking at a menu.

Don’t be afraid to share: an app and an entree with a friend or beau. Collaborating with the person you’re dining with can not only help with portion control, but it can offer up more dishes to try, and your wallet will thank you. Getting both an appetizer and an entree will give you more dishes to try than if you were to just get one entree and forego the app. Go outside of your comfort zone and try something different.

Keep it simple; stay away from creams, gravies and sauces. Ordering a protein and two side dishes can often be a lot less calories than a salad. The less there is within each meal, the less calories it’s going to pack in. Watch for things that may seem healthy, but have sauce, cream or gravy along with them. Grilled chicken can be great, but not if it comes topped with cheese, heavy cream, or gravy. Forego the sodium-ladened additions and keep it simple.

Try to get dishes that are 500 calories or less. This may seem like a lot of calories, but when you look at the calories on most menus, this is more difficult to find than you’d think. Most meals can easily provide 800-1200 calories, and that’s just the entree, let alone the fries and the drink you have with it. So sticking with under 500 calories per meal can help limit that overstuffed and bloated feeling after eating out.

Snack ahead of time; never go hangry. Imagine sitting in a restaurant, your stomach is yelling at you out of hunger, and you want to make a healthy choice, but all you see is juicy burgers and chicken fingers on the menu. You’re going to say “F’ it” and order the cheeseburger because you’re literally STARVING. Making decisions when you’re hangry can be very dangerous, so never let yourself get hangry or save your calories for the day before you go out to eat. Otherwise, you’ll regret it later, stuff yourself full, and won’t be hungry for the rest of the day.

Avoid drinking your calories; try seltzer water or tea. Take the surge in craft beers for example. Many craft beers (which are the tastier ones) are typically between 200-300 calories for one, and the likelihood you’re just having one is usually slim. So it’s better to stick with a hard liquor, use water, plain iced tea, or seltzer (calorie-free) as your mixer, and you typically don’t need as many. This will keep calories low and again prevent any serious stuffed feeling after your meal.

Try soup and salad for a little bit of everything. I often get in the mood for something hot, but I want some crunch and veggies too. I’ll get a soup and salad or chili and salad which is very filling, the portions are automatically smaller than a full entree, and you’re getting the satisfaction from different textures when you eat. Sometimes it’s better to pick on different things, than order a healthier meal you’re not really craving. The more you try to avoid that craving, the more it will pick back at you.

Identify your non-negotiables. What I mean by this is what to you means you’re truly enjoying your meal. If you order something because you know it’s better for you, but all you can think about is that cheesesteak that you really want, you’ll be left feeling unsatisfied and still wanting more. You often will snack on other people’s food that you’re with just to get some satisfaction. Think about what you want and order a salad with that cheese steak instead of fries. Or put cheese steak on top of your salad and skip the bun altogether. Figure out clever ways to eat the foods you love, without going overboard with other unhealthy foods. You’ll feel better AND satisfied.

A cardinal rule that’s been around forever, but still rings true. It’s helpful to try and eat half of your meal and take the other half home rather than just stuff the rest in your belly, because “it doesn’t seem like that much.” Going back to the calorie amounts in foods, most meals are over 1,000 calories. So by splitting up your portions in two, you’re not only cutting calories but you’re also sticking to a smaller portion that will leave you feeling lighter after a meal. Another bonus; you get to eat and enjoy your meal twice over! I don’t know about you, but to me that’s winning.

So next time you’re ordering or eating out, think about a few of these tips and try to implement them when necessary. Eating out doesn’t mean you have to leave feeling stuffed, tired and fluffy. It’s up to us what we put in our mouths, so do yourself a favor and leave the restaurant feeling empowered, in control, and satisfied! 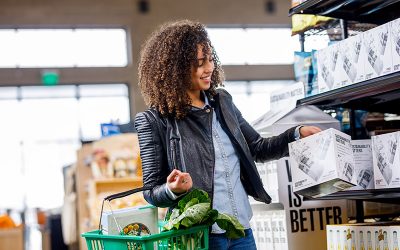 Grocery Store Hacks That Rack Your Bill Up

When you head to the grocery store, do you go with a plan, a list, or an agenda? This can help keep you on track, but most grocery stores are counting on you browsing and buying more than you need. They have many methods in place that persuade you to add extra items... 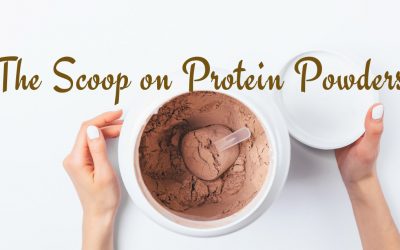 The Scoop on Protein Powders 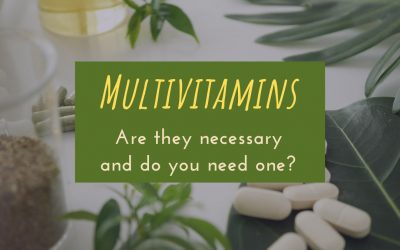 Multivitamins: are they necessary and do you need one?

Should you be taking a multivitamin? Before you can answer this question, you need to first take a look at your diet and any health conditions you are currently experiencing.   Are you eating a well-rounded diet? Have you cut out any food groups? It is important to...